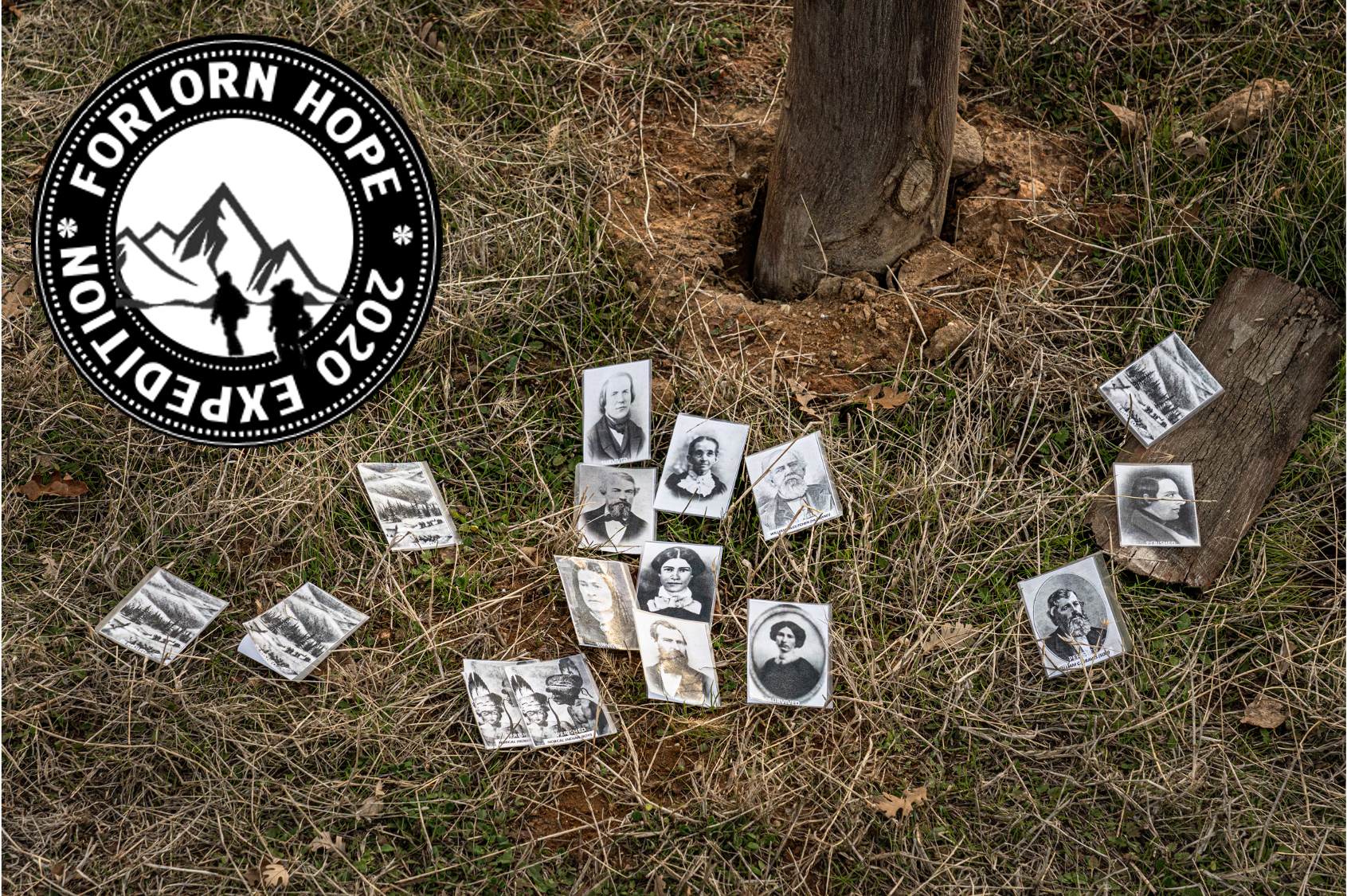 Day 5: RELIEF AND REUNION
We traveled 26 miles in one day, it took Forlorn Hope 8 days to reach the same place.
The final week or so of the Forlorn Hope was spent being guided from one Nisenan settlement to the next along the Bear River. The southern Maidu sect were foragers and hunters, peaceful natives living at one with the land. When they first encountered the distraught troupe of white settlers who were bloody, staggering, starved and so emaciated their bones poked through their skin, the Nisenan ran in fear. But soon they realized these weren’t some evil spirit but indeed humans- at death’s doorstep.
The Indians gave members of Forlorn Hope acorns and some acorn mash and bread that they could spare. They had no meat to offer but did make them crude beds for rest.
The pioneers struggled to speak through their weakness but used hand gestures to express the need to go to the white man settlement further west down the Bear River. Since many Indians were indentured at Johnson’s Ranch, possibly some relatives, the Nisenan were familiar with the ranch. They offered to provide guides to lead them to the next settlement, and the next, handing them from one community to the next. In total, Forlorn Hope visited three settlements over several days and about 30 miles.
Finally, at the last settlement the group could go no further. Although they’d been given food from the Nisenan, most could not keep it down, unaccustomed to the taste and texture. Thus, the six continued to starve and decay.
Eddy, who had no ability to eat the acorns tried grass, and it seemed to provide the necessary nutrients to revive him. So as his six fellow travelers fell to the ground with exhaustion and no will to go on, Eddy dug deep and mustered a rise to his feet. He would reach Johnson’s Ranch no matter the obstacle. And so he did, with the assistance of two Nisenan who steadied him along for the final six miles.
When they reached the eastern outskirts of Johnson’s Rancho, they came upon the Ritchie House and young 16 year old Harriet upon seeing the ghostly man screamed and ran into the house. Her father M.D. Ritchie returned and grabbed what was left of the man, and took Eddy to a bed. After some time Eddy was able to put the words together that the other six remain six miles back on the trail and must be rescued. The relief team was quickly assembled and through the night they retraced the bloody footsteps to gather up and bring back Sarah Graves Fosdick, Mary Ann Graves, William Foster, Amanda Henderson McCuthchen, Harriet Murphy Pike and Sarah Ann Murphy Foster to Johnson’s Rancho.
The Forlorn Hope, for the first time in 33 days had relief.
Reflections:
Our final day began as all the others, bright and early. We woke before dawn, packed our camp, ate a hasty meal for energy – oatmeal for Tim and I was the go to – and off we went west for our final push.
Today would be mostly roads, the most divergent day from Forlorn Hope for both terrain and the historical trail. Because of modern obstacles we had to travel streets far away from the route along the Bear River Forlorn Hope had trudged along. It was thought to be an ordinary day for us but as usual, karma intervened.
The beauty of these backroads and rolling foothills are known to few, and beloved by those who call it home. Understandably.
The morning sunrise provided “Golden Hour” light which elated our embedded photographer Keith Sutter. Around every turn was an irresistible scene of heritage oaks, green and gold grass and wheat fields, cattle, sheep, horses, goats, hawks, egrets, hare, deer, mules, and even bison. We were walking through a safari-land of the best Northern California could offer.
Who knew?
After 24 miles through wineries, farms, horse properties and shooting ranges (“boom!” – that scared the running shorts off us!), we arrived at our destination.
As the sun began to lower in the western horizon we stepped onto the Johnson Ranch property and into the well worn ruts the 100 wagon trains a day left across the golden field. We became silent, determined to summon our kindred spirits one last time. And oh, they responded. More tears streamed down over our cheeks.
We walked four across as we neared the end. We saw the small wooden sign hammered into the ground off in the distance, as the wagon road – and we, turned south. Each of us reached into our pocket to reveal the tribute cards we’d carried across the Sierra, over the pass, along the Yuba, in the shadow of Devil’s Peak and Cisco Butte, by the fateful wrong turn, into the teeth of Burnett Canyon and the North Fork of the American River, up the hill so steep, across the river again, along the Bear River and now here, the place the seven Forlorn Hope survivors had been brought.
As we neared the spot where the adobe house once stood we gently laid each card down at the base of the sign; reuniting the seventeen members of Forlorn Hope for the first time in 174 years. We felt relief too, our mission accomplished.
Tags: Donner Party, Donner Pass, Donner Summit, Donner Summit Historical Society, Forlorn Hope, Forlorn Hope Expedition, Forlorn Hope Party